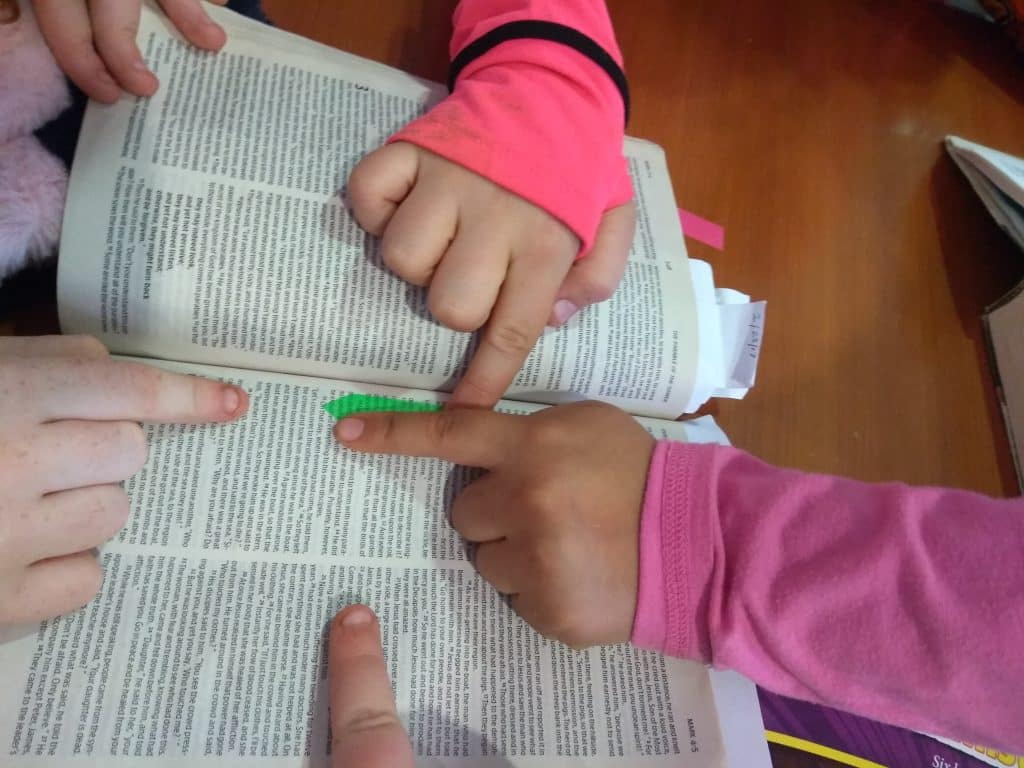 One Good News Club started off a little disappointing. We had only two kids come! They were a brother and sister, and it was their first week at club. We quickly realized they did not come from a family of believers. As we were sharing the Gospel, we saw recognition of his sin enter their eyes. As we told about the work of Jesus on the cross, their eyes lit up. When we gave the invitation for them to put their faith in Jesus, they both responded. Since they were our only two kids that day, we were able to spend the rest of the club hour praying with them and disciplining them. What started off as a bit of a disappointment ended up being a most memorable day!

There was one little girl, Ana, that we prayed for an entire semester that she would be able to come to Good News Club because “she didn’t believe in Jesus”. At the onset of the second semester, she came to club! That was already an answer to prayers. That day when she heard the Gospel, she received it with gladness and put her trust in Jesus as her Savior from sin.

At a summertime 5-Day Club we had a brother and sister attend. Their family was purportedly believers, but they weren’t actively involved in a Bible-believing church. That week as their kids came to 5-Day Club and came home with Bible stories and memory verses that they were sharing with their parents, it reignited their parents’ faith. The mom expressed to us at the end of the week that 5-Day Club was one of the best things to happen to her family, because it got them back on track in their relationship with God. She said their entire dinner conversations revolved around Jesus, and that they were excited to get plugged into a church family again.

We were sharing the Wordless Book at a downtown farmer’s market. One junior high boy was aimlessly wandering the streets while his father was in a karate class at a local business. He stumbled upon our booth and heard the Gospel for the first time in his life. He put his faith in Jesus and was so excited! Recognizing the time, he ran to meet his dad at his karate class, and then brought his dad over to the booth so that he could also hear the Gospel. What an amazing missionary heart!

Two new girls attended our Good News Club one week. One girl was from a Mormon family, the other from an agnostic family. That day they both received Jesus as their Savior. As they were meeting with the teacher for counseling for salvation, they expressed that when they heard about Jesus their “hearts were happier in a way that they had never been happy before.” It was such a simple yet profound way for them to express their newfound love for Jesus! 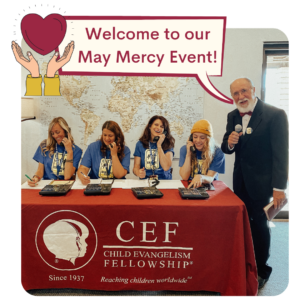 14 Days Left Praying every day in the month of May for God’s Mercy and Abundance In comparison to 2020, our donations have decreased by a staggering 42%. Despite this, God is still working. So far this year, we have shared the Gospel with 1,935 kids 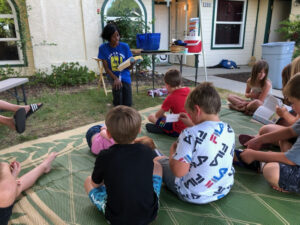 Go Up and Possess it

One of the paradoxes of the Christian life is that God’s gifts often require labor on our part. God brought the Israelites to the Promised Land and told them He was going to “give” it to them (Num. 13:2). The gift of the Promised Land